With the end of the Second World War came the emergence of M V Agusta Motorcycles and it’s small-displacement cafe racer style motorcycles. Cheap and efficient, the initial models were produced purely to fund the ‘no expense spared’ racing efforts of the Agusta brothers, Count Vincenzo and Domenico. By 1952, their expensive passion had paid off and the
M V125 powered to a 1952 Isle of Man TT victory. The scene was set for motorcycle racing history: one 125cc and 175cc model superseded another from the high gloss red ‘flying saucer’ to the Super Sport to the ‘Shark’. From 1957 M V Agusta went on to dominate Grand Prix racing, winning 17 consecutive 500cc world championships with some of the hottest riders in the world – notably Agostini and Ubbiali. 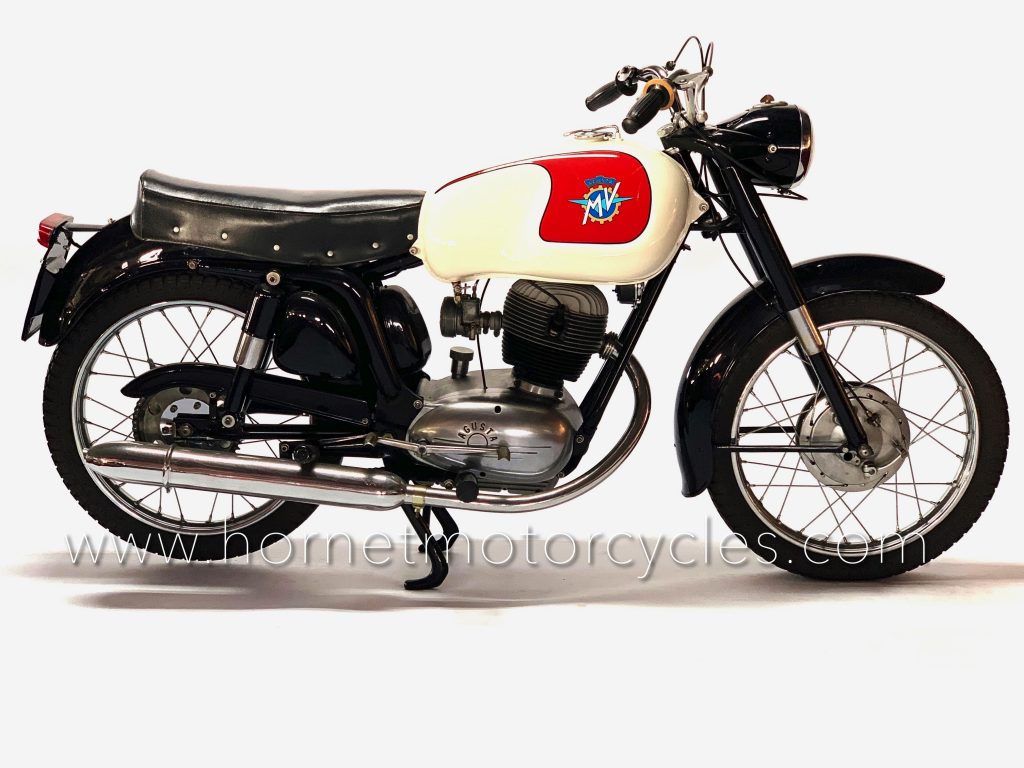 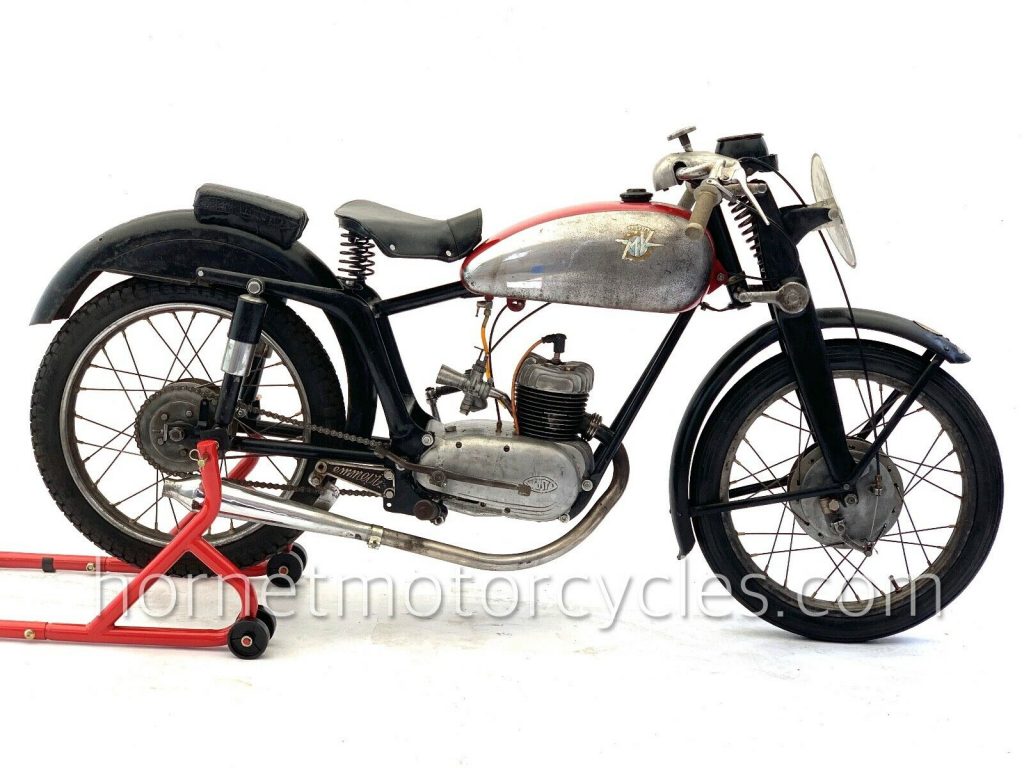 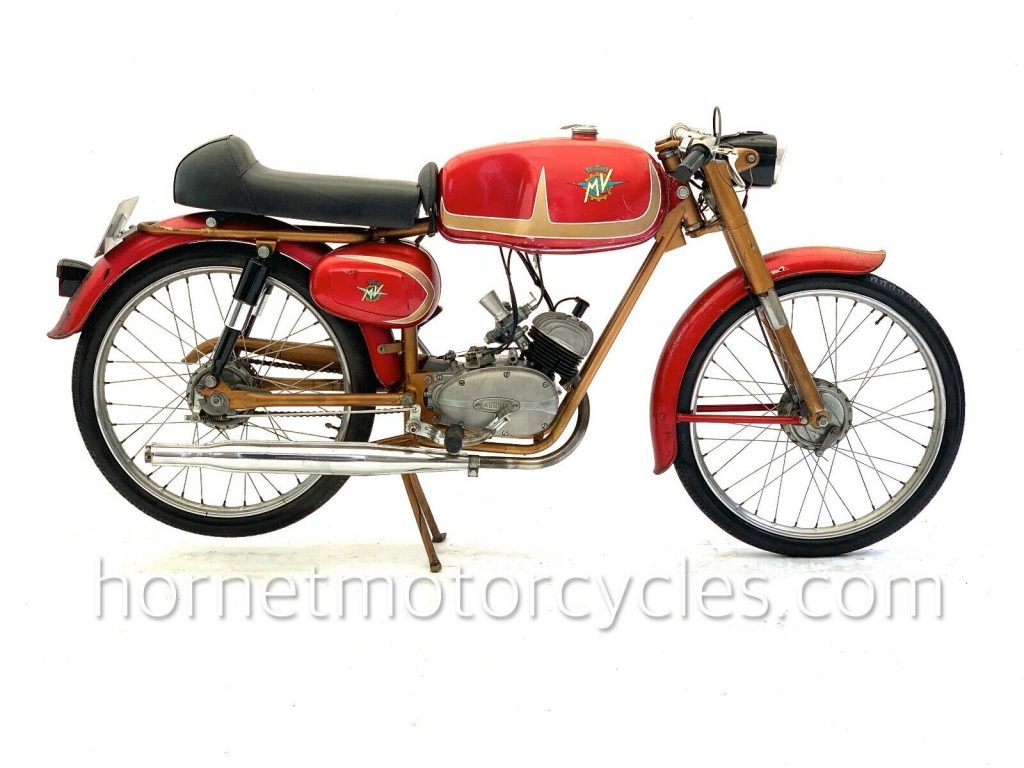 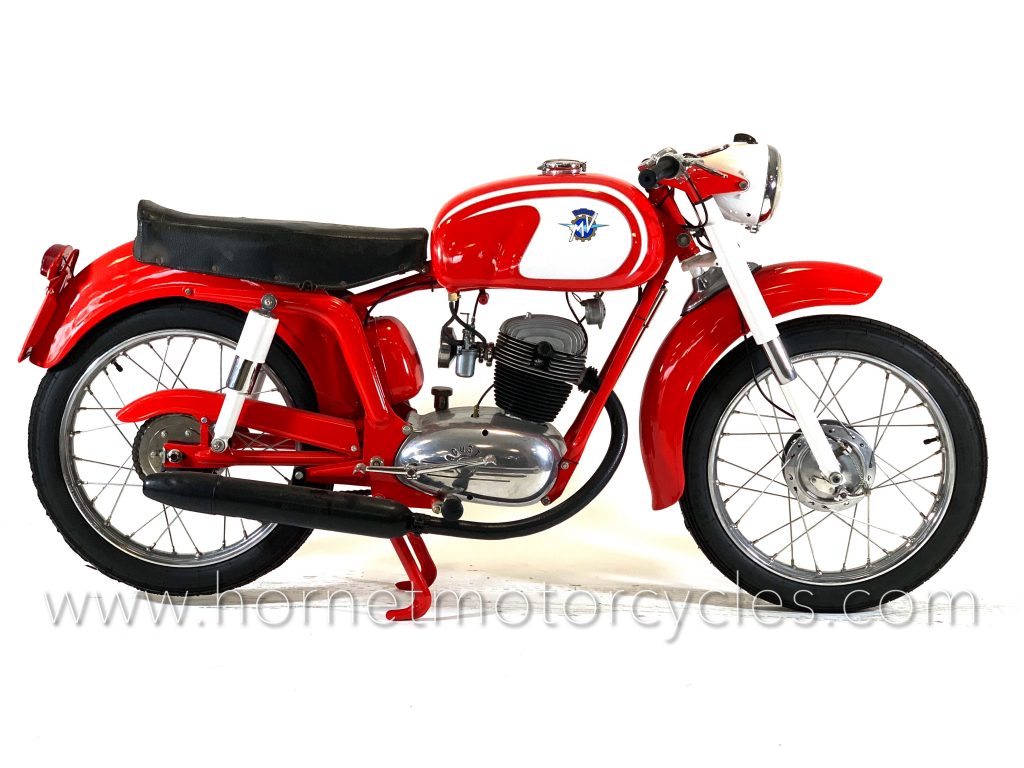 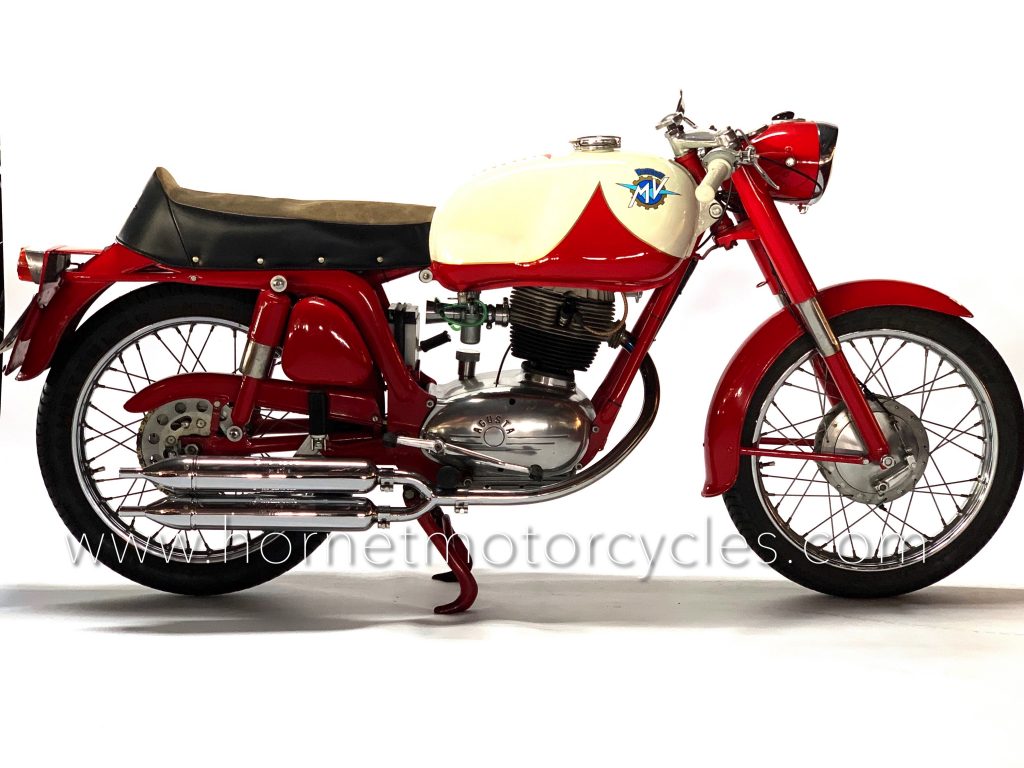 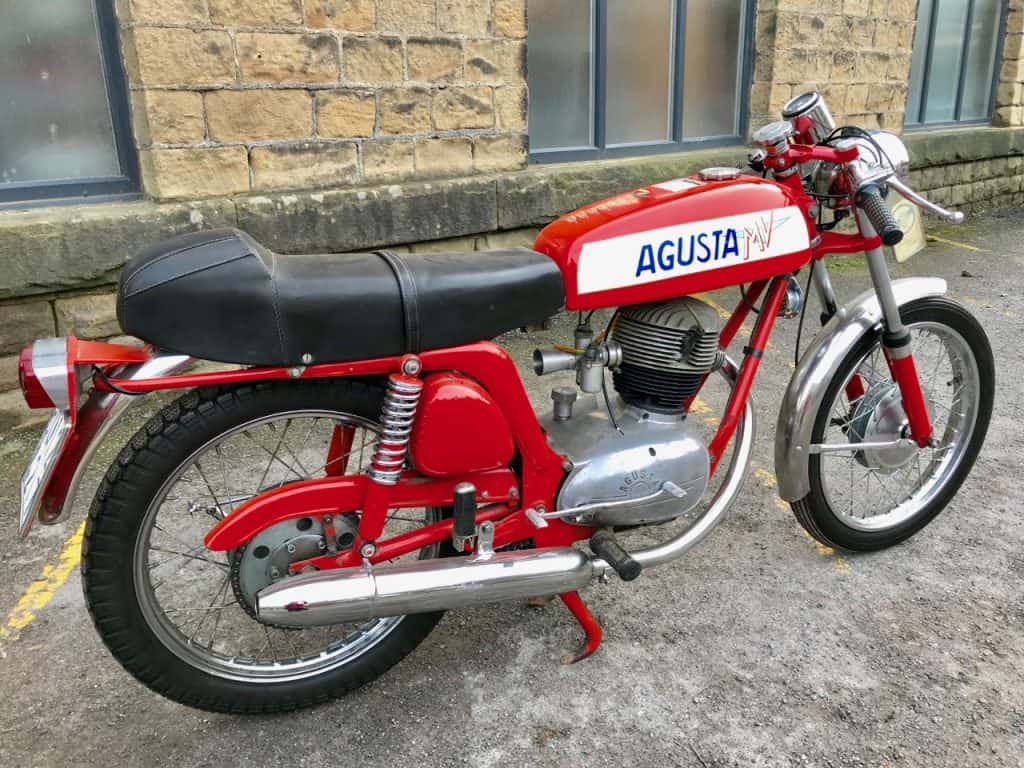