This Bologna based company was founded by the original Godfather of Style, Leopoldo Tartarini in 1959. A seriously successful circuit racer, Tartarini was approached by Count Domenico Agusta of MV Agusta fame to run his factory race team. An offer he had to decline due to an insistent mother who preferred him to stay closer to home and manage the family motorcycle dealership. However, within weeks Tartarini was head hunted by Ducati (who thankfully were based in his hometown) and he signed on as works rider and development engineer. Whilst at Ducati he embarked upon a year-long 60,000km round-the-world trip aboard a 175cc Ducati single.
By 1959 Tartarini made the bold step of establishing his own factory and the company dedicated itself to the production of motorcycles with MZ engines, which gave the company its original name: Italemmezeta.
During the 60s they produced an innovative range of minibikes with groovy names such as Kit-Kat and the Go-Go. By the 70s Tartarini developed the Pack-A-Way 50cc moped – the prototype of which found its way to New York’s Museum of Modern Art. By the 80s, Italjet began producing highly successful trails bikes. With the 90s Italjet surfed the success of the European scooter boom with its quirky models such as the Velocifero.
With the sudden collapse of the scooter market in early 2000s came the end of Italjet and it’s production in Italy. 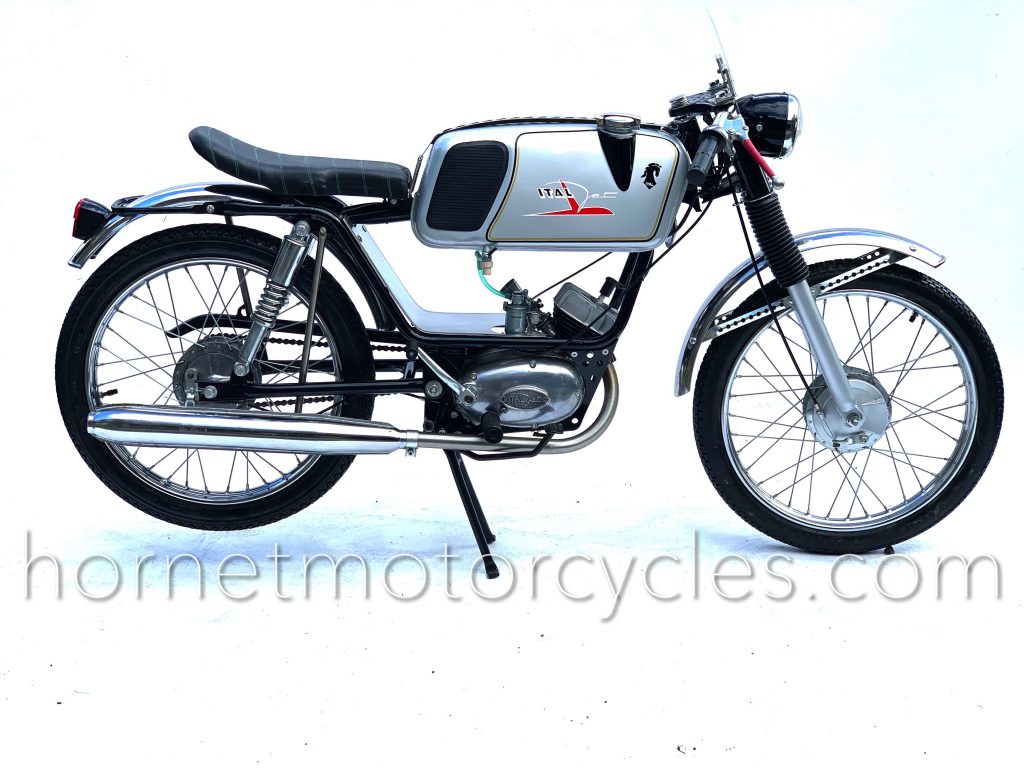 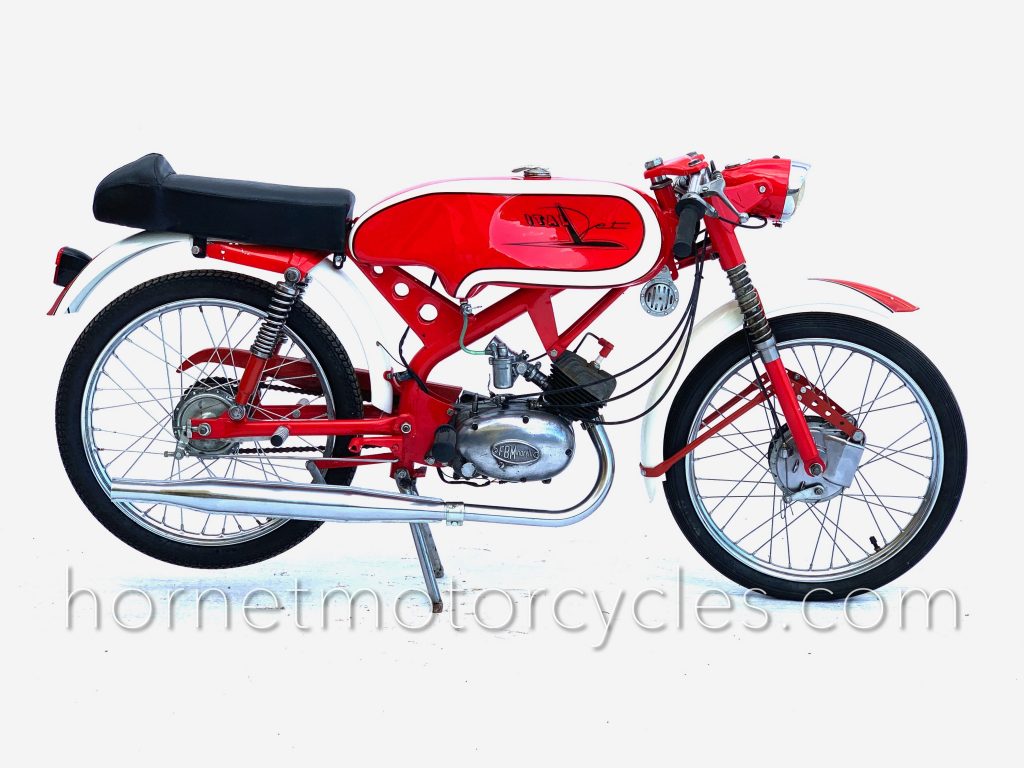 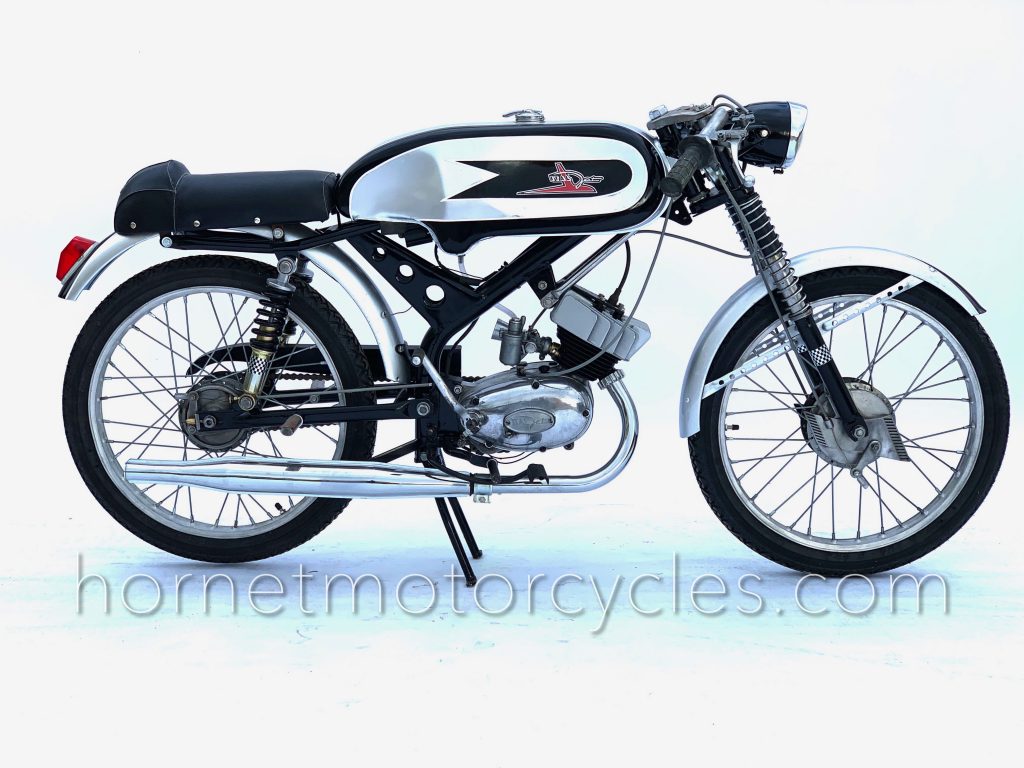 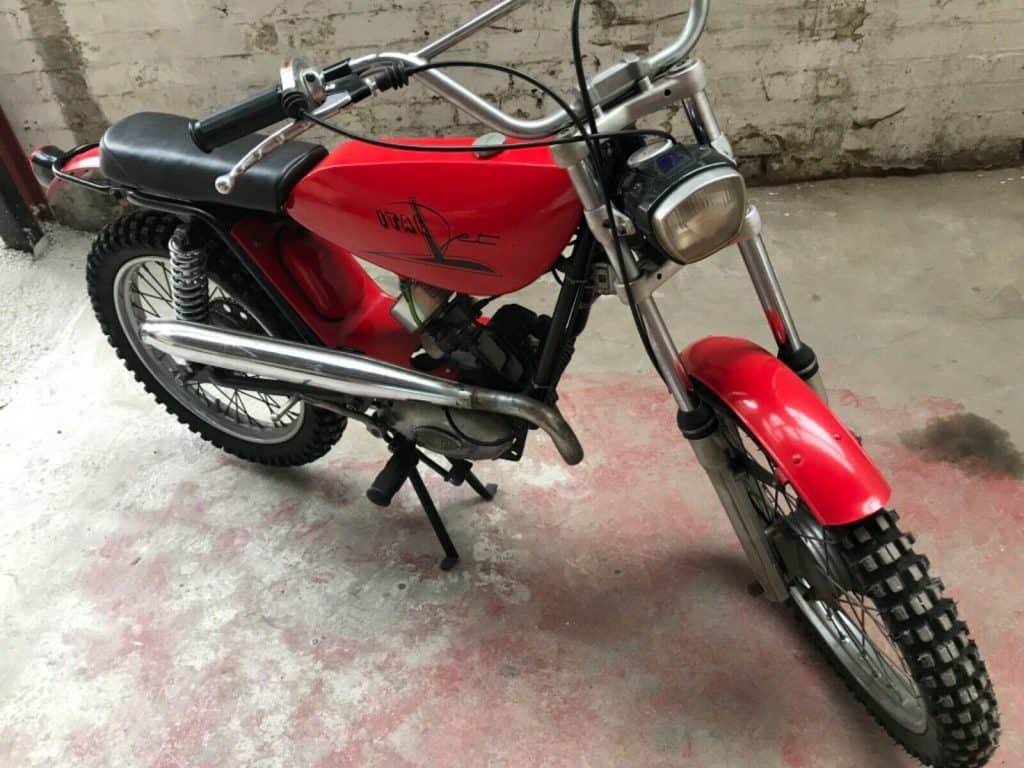 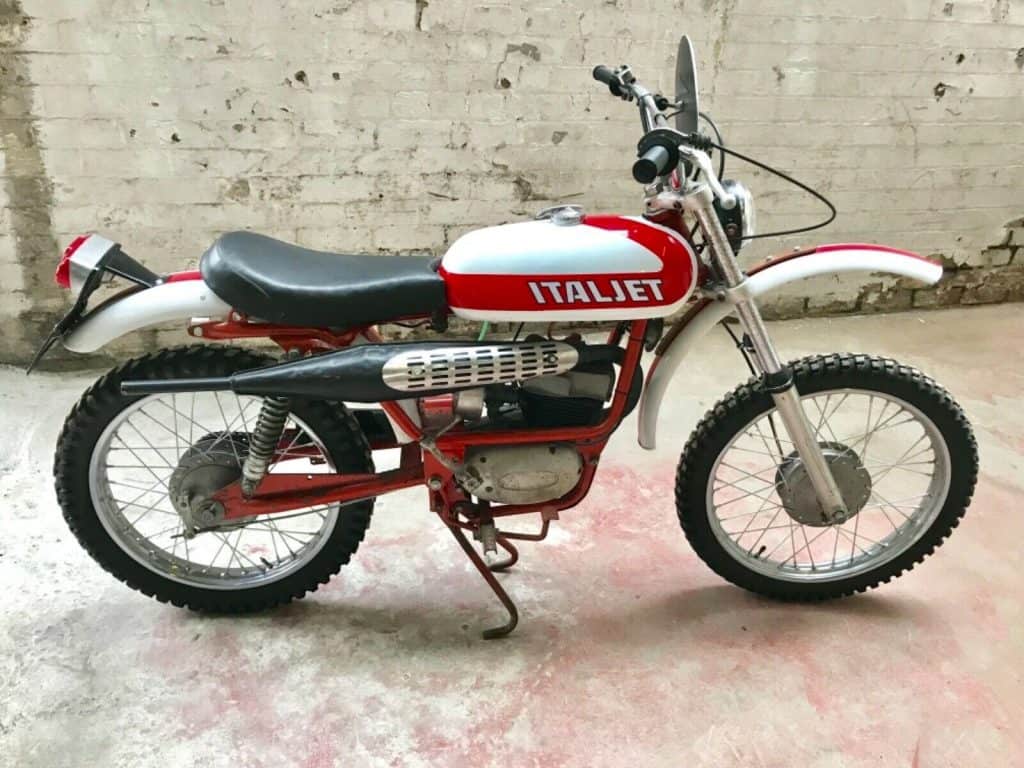