The quirky originators of such kooky classics as the Super Rat and the Road Toad, Hodaka were a small team of Japanese-Californian dirt bike enthusiasts. Their first low cost & durable trail bike, Ace 90, was launched onto the American market in 1964 and was an instant hit. Further fun and affordable models followed and Hodaka began to rule the dirt bike scene.Sadly, by the mid 70s and strict big boy competition from Japan, Hodaka had to switch off its lights … but over the years a cultish following has developed and grown with throngs of devoted followers gathering for the annual Hodaka Days rally in Athena, Oregan to honour all things Hodaka. 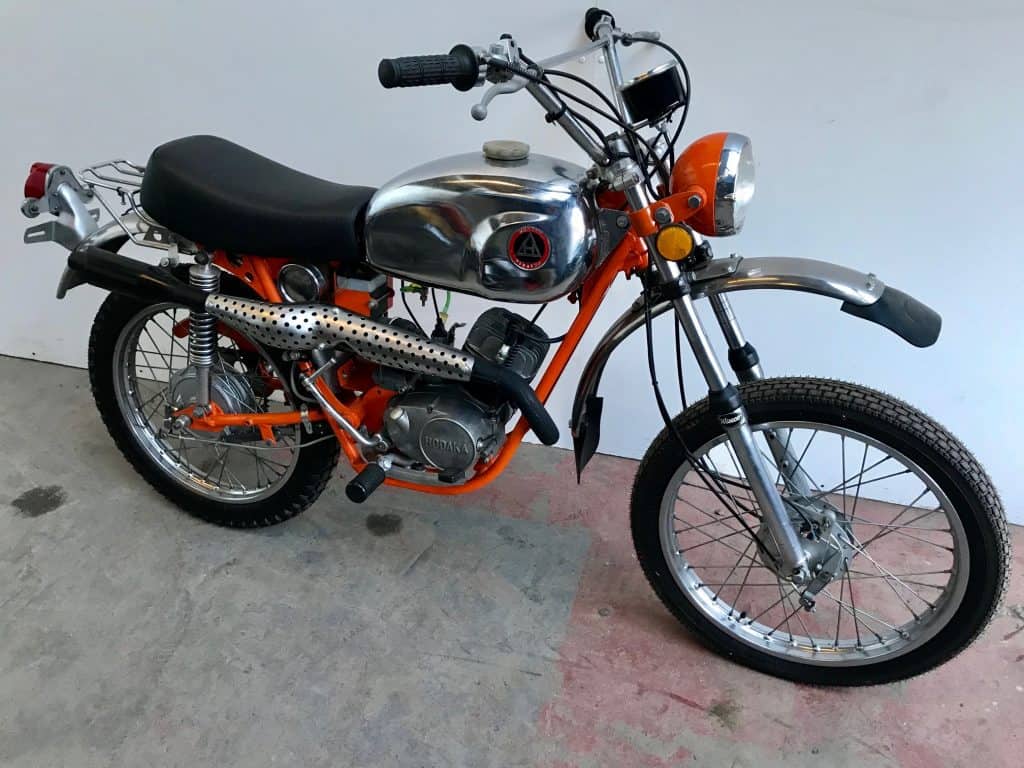